An even older project I also did during my junior years at high school. Saw a mini-game in Ratcher and Clank and got inspired to make this. Pretty awesome. 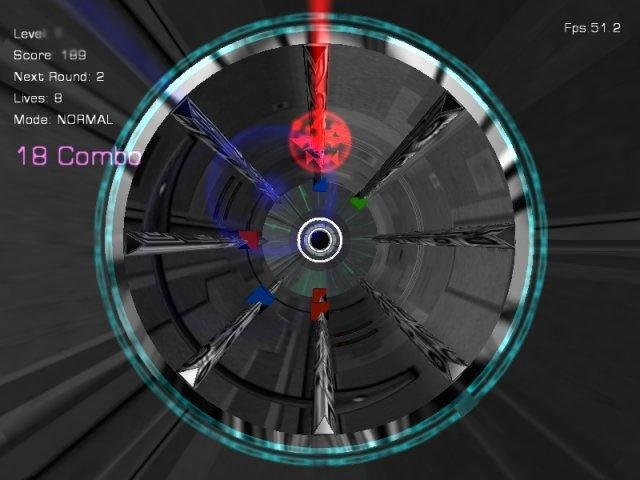 In Vectra, there is a cylinder with 8 rails leading towards you. Your shot can only shoot from the top rail, but the cylinder itself may be rotated to choose which rail to shoot on. Various types of cubes and electrospheres would appear and move towards you, and you just press the corresponding key or sometimes key combination to shoot the correct type of lazer. A wrong shot results in a slight penalty, to stop players from spamming keys.